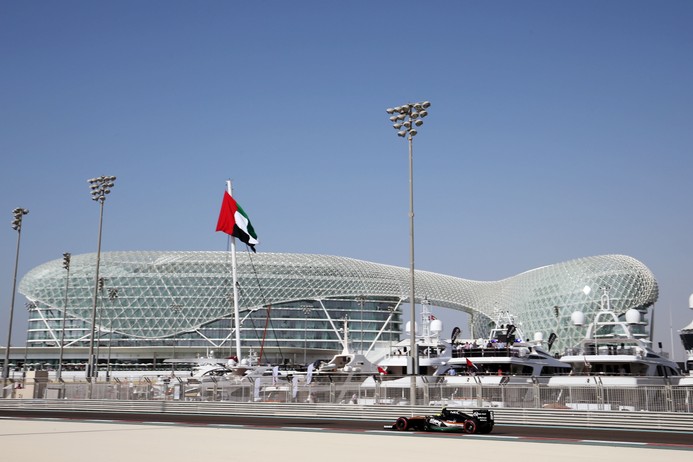 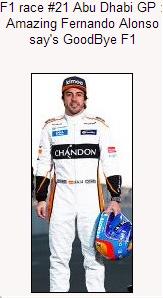 The peculiarity of this weekend’s timetable, with qualifying and the race starting at sunset and finishing under floodlights, makes the first free practice session less indicative than usual.

And as always, the final round of the season is also the time for farewells and new welcomes.
But one in particular will stand out in Abu Dhabi as goodbye has to be said to one of the greats of the past two decades, Fernando Alonso.

For contrasting reasons, this is a special weekend for another driver who also happen to be great friends: The Pole driver Robert Kubica.
The Pole, finally returning to F1, will make is debut in an official session just 24 hours after he was announced as a 2019 Williams driver !

His Spanish friend Fernando Alonso instead is embarking on his very last weekend as a F1 driver, decided to start NEW challenges and projects around Motorsport after an extraordinary career in F1 - he won two World Championships and 32 Grands Prix !
To commemorate this, his Team, McLaren has introduced a new livery which recalls the colours of Alonso’s helmet, an homage to his native Asturian region in Spain and lots of celebrations and farewell events are planned all over the weekend for and with Fernando Alonso.
Certainly Fernando did not won as much as his talent deserved, partly because he’s sometimes seemed not to be in the right team at the right time, but he always stood his ground and took on his responsibilities.

He will be missed very much in the F1 circus, particularly by his fellow competitors, as all drivers – especially the top ones, as Lewis Hamilton and Sebastian Vettel – know how important it is to go up against a worthy opponent.
Even if in the past there might have been arguments between Fernando and the other two, but an the end, respect will be the prevailing emotion of all F1  world champions !

The double world champion Fernando Alonso has raced further than any other driver in F1 history. The 305.355 km he will have raced after the weekend at Yas Marina will put him 2,658 km ahead of second placed Michael Schumacher. The closest drivers to Alonso who will race in next year’s championship are Räikkonen (76,046) and Hamilton (65,215).