Valtteri Bottas - MERCEDES AMG PETRONAS - has won the FORMULA 1 ROLEX AUSTRALIAN GRAND PRIX 2019 and, to make his day complete, the Finn becomes the first driver in F1 history to score 26 points from one event, as he also set the fastest race lap in his Mercedes AMG-Petronas Motorsport.

Combined with the points for second place picked up by his team-mate Lewis Hamilton, their team is the first to come away from a Grand Prix with 44 points. This was Bottas’ fourth career win, his first since Abu Dhabi 2017 and for the Silver Arrows, it is Formula 1 win number 88.

An amazing crowd of 102,000 flocked to Albert Park today, making a total of 324,100 spectators over the whole weekend.
They were treated to a duel between the two Mercedes men, who both started from the front row, which was pretty much resolved after a few metres. Bottas got away much better than his pole starting team-mate. After the race, Hamilton’s car was found to have some damage to its floor, which had left the Englishman to manage the situation as best he could, given that today, the Finn ran at an unbeatable pace. For lovers of statistics, this is the fourth time that Hamilton has started this race from pole and gone on to finish second.

On the third step of the podium, we find Aston Martin Red Bull Racing’s Max Verstappen, who thus handed Honda its first podium finish in just under eleven years, the last one dating back to the 2008 British Grand Prix when Rubens Barrichello finished third. At the start, the Dutchman was able to get back ahead of Charles Leclerc, after the Ferrari man had briefly got in front and then, thanks to a well executed strategy, the Red Bull driver also got ahead of Sebastian Vettel in the other Ferrari. Verstappen then tried to attack Hamilton and even though he failed to pass him, he and Bottas fought it out for the honour of the DHL Fastest Lap Award, which eventually went to the Finn in 1.25.580.

Scuderia Ferrari had certainly been expecting a better start to the season in the year in which the company celebrates its 90th anniversary. After the two winter test sessions in Barcelona, the general impression within the paddock was that the Scuderia could have been the team to beat and it is certainly  what its army of fans had been hoping for. All weekend, the performance of the car had not lived up to expectations and Sebastian Vettel could only manage fourth in the race, the first time he has failed to  finish on the podium in Melbourne since joining the Scuderia. Even though Charles Leclerc’s fifth place is his best F1 result to date, it was a poor one for the team, especially looking at a gap to the winner of almost a minute.
This first race of the season seems to suggest that, once again, the top three teams have a really significant advantage over the rest of the pack. Right behind them today, came the Haas team, which had already secured that position in yesterday’s qualifying. All the same, it was an afternoon of mixed emotions for the American team: on the one hand, delight at Kevin Magnussen’s sixth place and on the other, disappointment for the repeat of the pit stop problem that compromised Romain Grosjean’s race and then led to his retirement, along the lines of what happened to both the team’s drivers a year ago at this very same track.

The rest of the points places was filled by four drivers from four different teams, all within three seconds of one another at the flag, which confirms how close things are in the midfield. Nico Hulkenberg took seventh place for Renault, following a difficult qualifying which had ended with him and team-mate Daniel Ricciardo failing to get to Q3. Kimi Raikkonen was eighth to secure some historic points for Alfa Romeo. It was the first time in 35 years that the Italian car company had featured in the points, the last being when Riccardo Patrese finished sixth in the 1984 European Grand Prix. Lance Stroll was ninth,
recording his tenth points finish on his debut with the SportPesa Racing Point F1 Team and, on his return to Toro Rosso, Daniil Kvyat was tenth, just as he was in his last previous F1 race, the 2017 United States Grand Prix.

The new technical regulations regarding aerodynamics introduced this year, with the aim of producing closer racing, seems to have had some effect, at least if one counts up the number of overtaking moves.
Albert Park is not exactly the best track for this and in last year’s Australian Grand Prix there were precisely two passing moves, whereas this year there were ten, with plenty of exciting duels, that all made for plenty of action on track. It’s clearly too early to draw any definitive conclusion, but first impressions are positive.

CHRISTIAN HORNER, Team Principal:
“A fantastic start to the season with a podium finish at our first Grand Prix with our new power unit partner Honda, who haven’t finished in the top three since 2008. Max put in a remarkable performance today, and after a decent start and one of the day’s fastest pit stops, he was able to take advantage of the C3 tyre and make a great pass on Sebastian. He went on to put Lewis under pressure for the rest of the race, but didn’t get quite close enough. Pierre battled his way from P17 to finish just outside of the points, but at this track it’s notoriously hard to overtake. He drove the wheels off the car and it’s a shame that it wasn’t rewarded with a point. He raced hard and I’m sure his time will come. After a promising season opener, we now look ahead to Bahrain.”


MAX VERSTAPPEN, Finish Position: 3rd, Start Position: 4th
“I am very happy for the Team and also for Honda to finish on the podium today. Since we started working together it has been amazing and I am really enjoying the partnership, so this is a well-deserved third place for all of us. To be able to challenge Lewis at the end of the race and overtake Seb on-track, which around here is very difficult, is very positive. We had a little advantage with the tyres but it was satisfying to pressure Lewis even though I couldn’t get quite close enough to overtake him. The car was working really well and we also look strong on the straights which is hopefully a good sign for the rest of the season. I heard this is the first podium for Honda since 2008 so I am very happy that I managed to achieve this for them today.”

PIERRE GASLY, Finish Position: 11th, Start Position: 17th
“It was a pretty difficult race. With the new bigger rear wings, I couldn’t see the lights on the grid so I had to react with the cars around me and I lost a couple of places. Then I got stuck in traffic and even with the DRS, it’s super difficult to overtake here plus I had some debris in my front wing which didn’t help. I spent the whole race five tenths from the car in front but my tyres were just sliding and I couldn’t get past. I pushed as much as I could and I tried everything but it wasn’t enough to make it into the points. In general, the pace over the weekend was really good. In qualifying, we got knocked out of Q1 but I was happy with my first lap and it was just unfortunate that we didn’t make it through. Bahrain is a race I really like and we’ve seen the car is competitive so we’ll keep our heads down, stay focused and give a big push in two weeks’ time.” 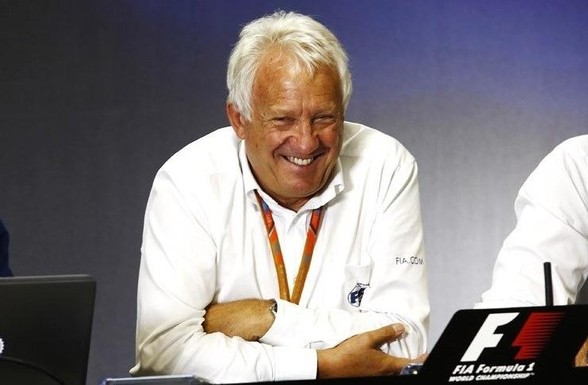