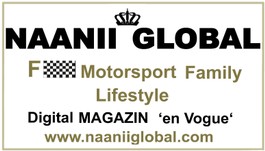 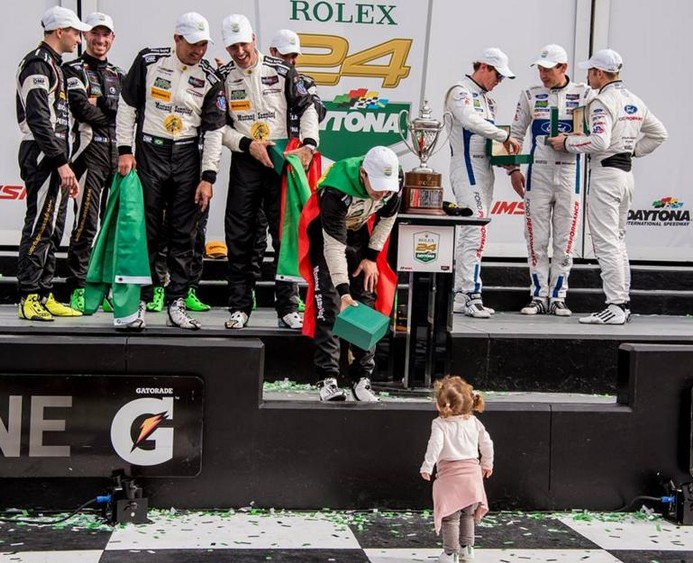 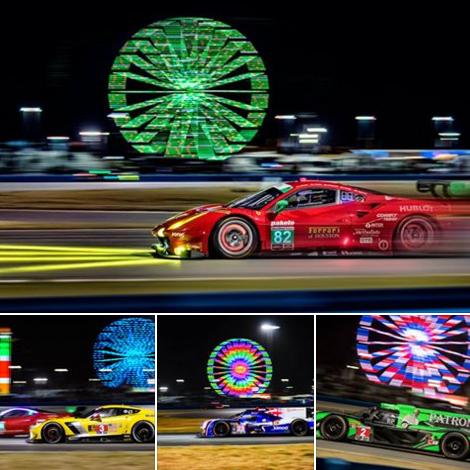 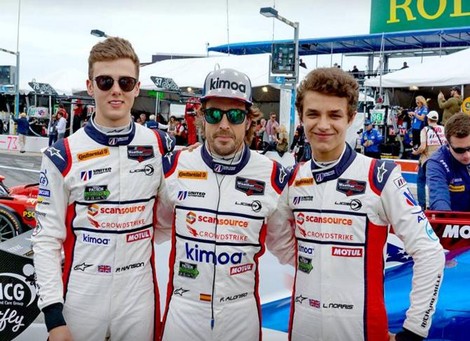 In a historic Rolex 24 At DAYTONA, 'Action Express Racing' drove the Cadillac Prototype to victory setting a race record for total laps and distance completing 808 laps for a total of 2,876.48 miles.

FERRARI race report:
Ferrari’s experience of the 24 Hours of Daytona 2018 could be summed up in a nutshell as significant untapped potential, a performance at times to match the very best, but an unsatisfactory finish.

GTLM. In GTLM class car no. 62 of Risi Competizione crewed by James Calado, Davide
Rigon, Alessandro Pier Guidi and Toni Vilander was the star of the first half of the race.
Vilander didn’t push things at the start but was in the leading group after four hours, on the tail of the two lightning fast Fords. Despite various troubles, including a problem with the safety net in the passenger compartment, a puncture and a door replacement, the 488 GTE was in the mix for a podium finish. However, a technical problem at the halfway mark
lost it six laps. The almost complete absence of yellow flag phases also did the car no favors, so in the end it had to settle for fifth. Nevertheless, the Ferrari proved its potential by clocking the fastest lap, with James Calado recording a time of 1:44:008 in the first third of the race.
GTD. There was even more cause for regret in the GTD class, given that Ferrari had monopolised the front row in qualifying. Car no. 82 of Risi Competizione took command thanks to a fast Miguel Molina but the Houston team’s performance was compromised by a refueling problem in the first part of the race. The car returned to the pits, but a issue with the filler caused fuel to spurt out, which landed on hot parts of the car, ignited and ruined the rest of the race. Molina drove the car over the line after alternating with Matt Griffin, Martin Fuentes, Santiago Creel and Ricardo Perez de Lara. It finished in 17th. Car no. 63 of Scuderia Corsa was the star of the early stages of the race until technical trouble lost Balzan-MacNeil-Jeannette-Segal nine laps that they only partially made up. They ended in tenth. The crew of the 488 GT3 no. 51 of Spirit of Race was up among the leaders until 8 am, but was forced to retire after Paul Dalla Lana came off track and it was too damaged to continue.

The best of Ferraris in the end was car no. 64 of Scuderia Corsa, the one that had struggled most in qualifying.