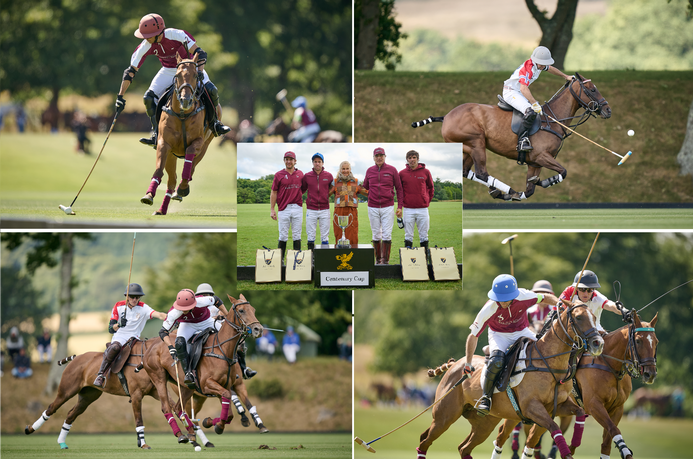 Play on Saturday in the British Open Polo Championship for the Cowdray Gold Cup began with a meeting between two undefeated teams in Park Place Vaara and Great Oaks LL, while Marques de Riscal and Vikings battled into overtime in a thrilling second match.


Marques de Riscal ran into a determined Vikings team on Brooks Field to produce an exciting match, Focused on joining Park Place Vaara with a 3-0 record, Never separated by more than one goal at the end of each chukka, Vikings took the early 3-2 advantage after 40-yard and 60-yard conversions from Juan Martin Zubia. In a near reversal of the opening seven minutes, Marques de Riscal brought the game back to even at 4-4, with Guillermo Caset leading the charge. In a fitting conclusion to the first half, Vikings’ Diego Cavanagh and Marques de Riscal’s Santiago Cernadas traded assisted field goals as the first three chukkas left the teams deadlocked at 5-all.

The back-and-forth action carried into the second half with few whistles producing fast polo and scoring opportunities for both teams. Ending the fourth chukka with consecutive field goals, Mark Tomlinson lifted Vikings to the 7-6 lead with much to be decided over the final two chukkas. Team scoring leader Caset gave Marques de Riscal their second lead of the game, including a second goal from a pass by Alejandro Aznar, but Vikings restored their narrow one-goal lead just minutes later thanks to the play of Zubia. Destined to be decided in overtime, Marques de Riscal turned to Cernadas, who scored his third and fourth goals on perfect shooting as Vikings were unable to hold off the late charge. In the extra chukka, Marques de Riscal executed a flawless Penalty 5 as Caset hit a neckshot to goal that was hit just over the line by Aznar to seal the 11-10 win.