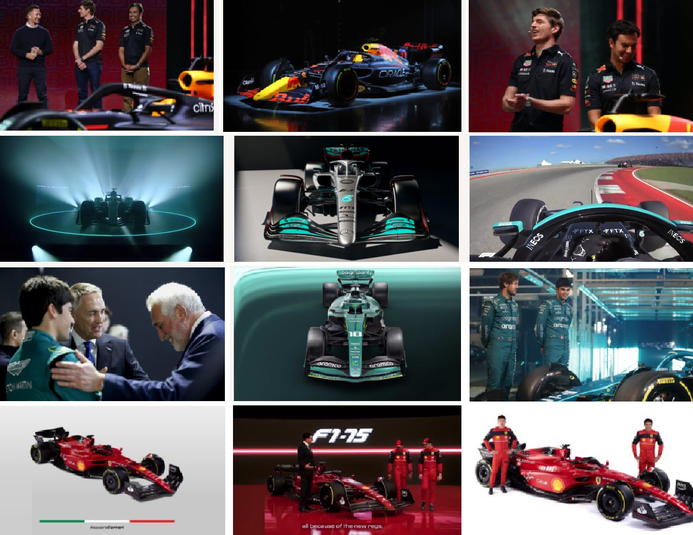 and what better way to prepare than to relive the blockbuster 2021 campaign? Netflix have dropped the March release date for Season 4 of Formula 1: Drive To Survive.

The long-awaited fourth season, out on March 11, builds on the success of the first three seasons as cameras once again go behind the scenes to capture the dramatic 2021 championship with a typically unprecedented level of production.

Last year of course included one of the all-time-great title fights between Max Verstappen and Lewis Hamilton, a 22-race battle that went right down to the wire.


There was intense action throughout, with McLaren taking the only one-two finish of the season at Monza, Hamilton storming through the grid in the Sao Paulo Sprint and Grand Prix, Esteban Ocon winning out in Hungary, Sergio Perez winning out in a dramatic Azerbaijan GP and of course, Verstappen taking his maiden F1 title.

'Formula 1’s motorsport boss Ross Brawn says he’s “optimistic” about the impact the new generation of cars will have on the quality of racing.

Teams have been revealing their interpretations of the new technical rules, with plenty of variety on show, ahead of three days of
FIRST pre-season running at the  SPANISH Circuit de Barcelona next week - 23.-25.2.2022.

The ambition of the new rules is to allow the cars to follow more closely, which in turn should help deliver closer racing.
“The new rules will take a little while to settle in but I think we're going to be in a far better place going forward with the type of car we’re going to have than we had," said Brawn, during a wide-ranging interview with media.
"There’s lots of optimism for the season and I think we'll see some interesting results this year from some of these young drivers who are coming through. They get the right car behind them, and we can all have a lot of fun.”
He added: "Every decision we have made has been towards not dumbing down the sport but making it more achievable for more of the teams and to get a closer competition going on for the future while still leaving it a meritocracy so the best teams still win.”

While the field may spread out initially, it is hoped teams will converge with the gap closing between the frontrunners and the midfield, too.
“I think any win, any victory, has to be on merit,” said Brawn.
“I mean, I honestly don’t think the regulations will change the general order of things dramatically. I think it will bring it a lot closer and I think we’ll see some of what were the midfield teams challenging.
I think we’ll have a bigger group of competitive teams.

“As we know, we either expected a Mercedes or a Red Bull to win the race unless something different happened. But we’re blessed with a number of great drivers in F1 today:
“Lando Norris, the Ferrari drivers, we’ve got George Russell in the Mercedes. I think there’s any number of combinations of drivers that will give us a fantastic season.
And if there’s three or four of them mixing it up, that’s even better.

“I’m optimistic about the coming season. I think the good teams will always do a good job. They’ve got the expertise and the experience. Although I’d love to see it, I don’t think we’re going to see teams further back all of a sudden dominating this year.

“In a way we don’t want that sort of disparity or that shock, unless it’s an unusual race, because that suggests it’s all become a bit random, and it can never be random. It needs to be a meritocracy.”